The topper in the Higher Secondary Examination this year has received 99% in the Higher Secondary Results 2016, in the tune of ISC Board. But still, the elite club of 90% + scorers seemed somewhat at a loss unlike other boards such as CBSE and ISC. Thus the students are no doubt facing the forever competitive environment where they are battling with other students from other boards for admission into the top colleges. The statistical detail of the results reveal that only 3829 students or a mere 0.5% of the 779453 students who wrote the exam scored 90% and above in HS—1 in 200 students approximately. Last year the percentage was lesser than this year with an approximate 0.35% students entering the elite zone.

In contrast, 18.34% or 3890 of its 21215 candidates scored 90% and above with the CBSE results being awaited with a similar turnout. The comparison is not apt as most of the HS schools lack proper infrastructure and education support due to being located in district towns and remote villages unlike the ISC schools, which are primarily located in the urban centres. Yet the comparison isn’t completely skewed owing to the stat that more students from Kolkata appeared for HS than they did for ISC. Thus as is said by educationsts, in lieu of their high scores in class XII, students from ICSE Board will enjoy leverage against their HS counterpart in admission to college.

The Silver Lining of this situation is the marginal rise in the pass % of HS –83.65% this year against 82.38% in 2015.Swagatam Halder of Panchashayar Shiksha Niketan, with 99% was the alleged topper this year. With 17 candidates from the city alone amongst the top 56 students in the merit list, city students were quite cheerful after their defeat to their district fellows in Madhyamik. Not to forget the contribution of Narendrapur Ramkrishna Mission who had 8 students in the merit list of HS this year.

The West Bengal Council of Higher Education has actually started distributing more marks this year with the best of five system calculation coming into effect. New syllabus and new question paper are all reasons for this sudden upward trend in HS marks this year. According to Mahua Das, president of the HS Council, as students will get more accustomed to all this changes in curricula and marking scheme, results will gradually become better.

However, with nearly 35,000 students scoring more than 80% in the HS, a score of anything between 70 and 79, or Grade A, may not be enough for a seat in city colleges. There are 66 colleges in the Kolkata circle with an average intake of 1,000, including honors and pass courses. The total number of seat -66,000 -falls far short of 82,244 students who have got Grade A. Ahead in the race are 39,689 students in the top two grades O and A+. This cearly describes the actual impact of the HS scores on the students life. 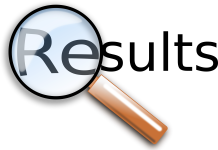 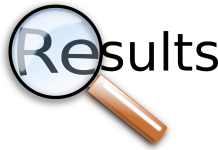 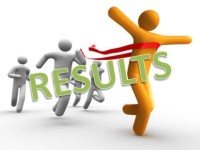