Inter School Competition 2016-The Keventer Cup, organized by the Debanjan Sen Foundation, on Sunday, saw St. Thomas School, Kidderpore reserving their place in the quarter final by a comprehensive defeat over National Gems Higher Secondary School by a big margin of 5-0 in their pre-quarter final match. Arka Das made his way into the score sheet by virtue of his two goals along with Danish Iqbal, Nawaz Ahmed and Aamir iqbal scoring a goal each.

In the other matches of the day, DPS Newtown eliminated Patha Bhavan from the tournament by defeating them 2-1 in the pre-quarters, thereby guaranteeing themselves a spot in the quarter finals. Arijit Ghosh scored the only goal from Patha Bhavan’s side which was rendered useless by the goals of Harjit Singha and Abhik Majumdar. Also booking a spot in the next round is the La Martiniere for Boy’s who defeated The Heritage School 1-0 on their trot to the quarter finals.

The last pre quarter final of the day was won by Frank Anthony Public School as they defeated the Apeejay School 1-0 in the pre-quarter encounter to move forward in the tournament. The quarter finals to be played on Wednesday are : 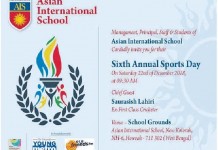 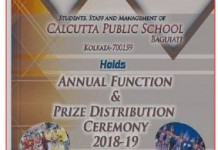