JEE Counselling 2016, for the 35000 odd B-Tech seats available in the 92 centrally funded technical institutes will start from today. At present, the number of institutes with their corresponding number of seats is tabulated as below:

The Joint Seat Allocation Authority, a body representing the IIT’s and NIT’s, will allow the students to fill their choices of courses at the 92 premier institutes of the nation. The CBSE which conducted the JEE Main, announced the merit list for candidates for admission to institutions other than IIT’s. The JEE Mains results were announced in May but the merit list was declared today, after going through a rigorous calculative method. The rank was given by considering 60% weightage to their JEE Main scores and 40% weightage to their Class XII board marks. Only the top 2 lakh candidates were allowed to seat for the JEE Advanced who’s results were declared earlier this month, on 12th June 2016.

Though the merit list and exams are separate, but both IITs and NITs will be holding joint counseling, where the candidates will be asked to fill in their rank and preferences and accordingly, they will be provided with a select combination of colleges from which they can choose. There will be several rounds of the counseling done, roughly 5 rounds, to ensure that seat are not left vacant as many of those allotted seats in the previous rounds, often don’t turn up after getting into other institutes other than this 92.

The JEE Advanced Chairman, KV Krishna from IIT Guwahati said that the date for the first round of seat allotment will be declared on 30th June 2016 and the ones allotted seats will have to report at the respective institute by 5th July 2016. This year however, in order to make the system more student friendly, the students can withdraw at any time before joining the institute after taking admission, that too without losing the fee. But this has to be done before the last round of counseling so that the seat can be allotted to other candidates. The number of IIT seats have increased by 500 this year due to the opening of the 4 new IITs. 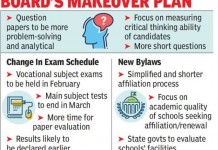 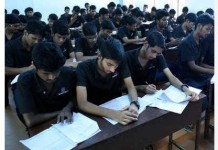